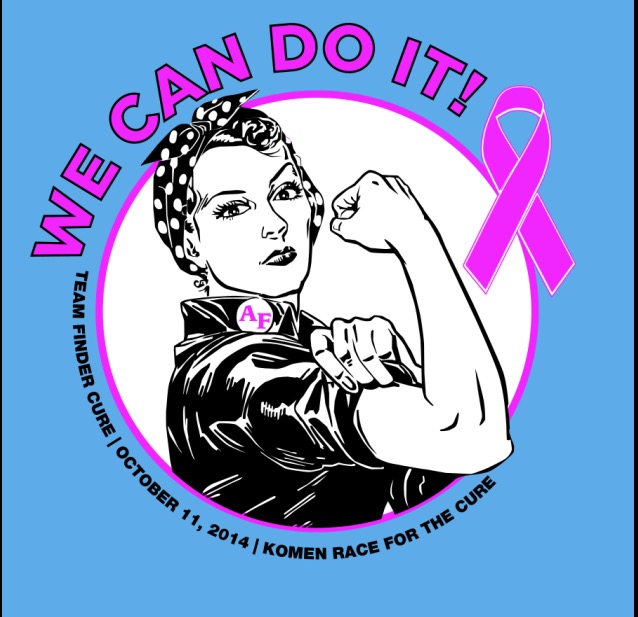 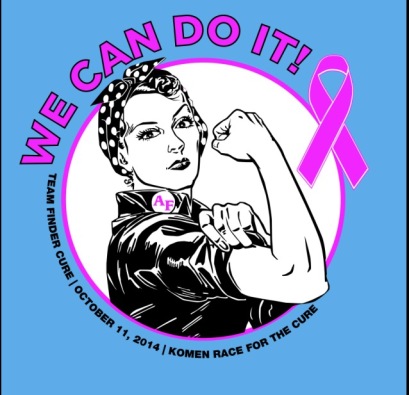 When I was asked to write this, I was not only honored but somewhat nervous about how I was going to make this work. (Nervous enough that I was asked months ago to write this and am just now doing it. Nervous enough that one draft turned into three physical drafts and about a hundred in my head.) Why? Because while I have been affected by cancer with the loss of friends and family or know someone who has beat the battle, breast cancer is not something I have been closely related to. Making the ability to be knowledgeable or elicit a response seemingly difficult. But I really got to thinking about it….and here is where the thoughts took me.

I WANT TO PROMOTE THIS EVENT. I WANT TO GAIN AWARENESS. I WANT EACH AND EVERY ONE OF YOU TO PARTAKE IN THIS EVEN TO GROW THAT AWARENESS……

But here’s the thing. I have never had breast cancer. I’ve never known any one with breast cancer. And I write from emotion, from my heart and mind. Not having experienced any of that caused struggle in my writing. So I’ve had to step back and reflect because I want to ensure that the things I write provide each one of you a moment of clarity. A moment wherein you say to yourself, “I want to make a difference and be a part of that!”

So two things are going to happen here. First, I am going to provide my thoughts and what I feel. Second, I am going to take the next few weeks to interview individuals that have a story to tell. Individuals that can elicit the emotional response to make you not just be a part of this, but to be a difference maker with passion burning inside of you.

Here are my thoughts…..

Cancer sucks. It doesn’t matter what kind it is. My grandpa passed away from it. My best friend has had to battle it. We hear stories more regularly than we should of those affected by it. “It” being that one word. Cancer.

Breast cancer is a separate battle in and of itself. As women, a certain level of our feminity lies in our breasts. They are our girls. They are one of many things that make us women. To think that something on your body, that makes you feel more womanly, that provides nutrients to your baby, that is an intimate tool between you and your mate….can make you have to fight for your life….can be infuriating. These are my girls! They have got me countless dates! They have fed my beautiful baby! They’re supposed to be with me, not against me! The psychological repercussions from this battle for a woman is hard and a personal battle.

And here’s the thing, that thought process touched me. I can’t imagine fighting for my life because of my girls. It seems unfair, an injustice. But I want to know more about this. I want to provide insight to everyone that reads this. I want all of you, and myself, to be touched to the core so that we fully understand what it is we are supporting, and provide that passion that makes this a difference maker!

No better way than featuring those that have a story to tell. Family members affected by this disease. Women affected by this disease. The stories they have to tell. Each article will feature someone that has struggled and has a story, memory or account to tell. I want their voice heard. I want you to understand everything that goes along with this. I want you to WANT to make a difference!

I have always said that we have an exorbitant ability to be difference makers in the apartment industry. We have teams of up to 3+ people on our staffs, we have 150+ residents to join in on efforts such as this, we have vendors who crave to be a part of making a difference. Invite them all. Form a team. Join the race. Be a difference maker. BECOME TEAM PINK for TEAM FINDER CURE!

There are several ways to get involved and Keli has provided numerous ways to make that possible. For kits for your community, ideas on how to be involved or what you can do email Keli, at klynch@apartmentfinder.com.

LIKE Team Finder Cure on Facebook to stay up to date on how you can be a part!

Someone Said This and It Stuck…..

*Be an encourager, the world has enough critics.

*We can do hard things. (Glennon Doyle)